The last few weeks I have been focusing not just on meal planing, but also on weekend meal prep to make my life easier during the week. I admit I’m more likely to put off a meal if I know I have a lot of prep work to be done and I’m tired. While I do end up rearranging things a bit on a week-by-week basis, I’ve also been working off of a monthly menu plan. It’s posted on the refrigerator, so I just grab it on Saturday and make sure I don’t need to make any changes as I write up my grocery list. We ordered a portion of a side of beef and pork last week, so I’m also trying to make sure that I’m using what’s in the upright freezer in our garage since it’s about to get a lot more crowded in there in about a month.

I’ve also been using the Instant Pot (electric pressure cooker) that I received for my birthday quite a bit lately. Generally it’s busy making yogurt Saturday and Sunday, and I try to fit in chicken broth (if I have bones from a whole chicken) while the yogurt’s straining in the fridge. During the week I use to it make braises, rice, and other similar things that usually take a long time. Now that we’re entering hard-core soup season, I have a feeling it’ll be handling a lot of soups and stews too.

Here’s the meal prep that I did ahead of time on Saturday and Sunday: This was actually the third week in a row that I’ve made a point to do a weekend meal prep. I confess that watching Mind over Munch’s videos got me started – she isn’t one to eat the same thing for each meal all week long (like other people who meal prep tend to), so I was able to get some good ideas on how to get started.

Of course, the actual of this week has already been shuffled around a little bit because I came down with a cold Monday afternoon. (The soups were rearranged a bit so that I didn’t have to cook on Monday night.) 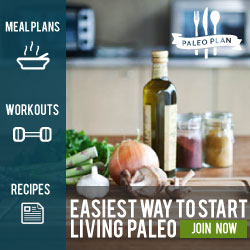 ...and I found a spot to set up my hammered dulcim

New floors are finally in the last two rooms with